How is Medical Cannabis Helpful In Alleviating The Symptoms of Bipolar Disorders?

Although a variety of conventional medications are available in the market. But, the actual treatment still remains a mystery.

Also, the medications available have a lot of undesirable side effects such as inducing mania symptoms in some of the cases.

A need to explore new medications is on the rise now. And this has somehow introduced the concept of medical cannabis as a treatment alternative for alleviating symptoms associated with BPD.

Cannabinoids in bipolar affective disorder: a review and discussion of their therapeutic potential- A Study

A study conducted to check the feasibility of cannabis as a treatment options for the treatment of a bipolar disorder. Here’s what the researchers found.

These cannabinoids have a biphasic and bidirectional mode of action depending on the environment, mode of administration, environmental factors, tolerance levels.

It exerts its effects by producing euphoric effects that help the subjects to relax with decreased chances of developing anxiety, stress, or depression.

Also Read:-Medical Marijuana: The Magic Potion For the Treatment of Psychological Disorders

Also, THC helps improving mood and general well-being of the BPD patients. But, make sure that the dose of the cannabinoid is less than the threshold value that triggers psychosis.

It has impeccable and potent anxiolytic, hypnotic, antipsychotic and anticonvulsant actions. This cannabinoid antagonizes the anxiety, intoxication liability and psychotic-like symptoms produced by high doses of THC.

This makes it a potential therapeutic agent for relieving symptoms of BPD. It also helps in regulating the EC system that helps to alleviate symptoms affecting BPAD.

Another property that makes cannabidiol a good option for the management of bipolar symptoms — Neuroprotection.

It works in compliance with other properties such as antioxidant. Thus mitigating the effects of oxidative stress, synaptic plasticity that helps in preventing or relieving bipolar symptoms.

To confirm its efficacy in this particular psychological disorder, it requires a lot of research and clinical trials.

This makes CBD a popular choice among medical marijuana doctors in California. 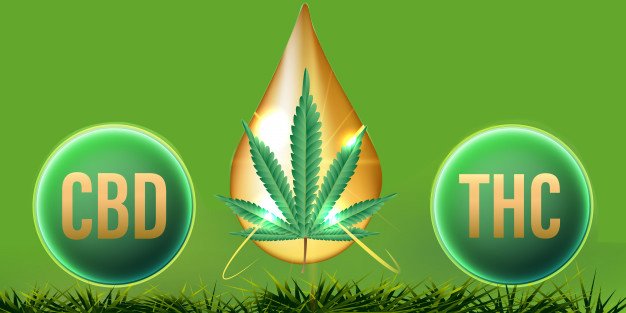 THC has the issue of psychosis associated with it. It cannot be judged which dose might affect the mind of any BPD patients.

So, of course, CBD is a better option to opt for as it comes with a prominent non-psychoactive property with a lot of other therapeutic properties.

Watch this video:-What Are CBD & THC? How Can You Use It To Treat Medical Conditions?

They directly or indirectly affect the signals thereby reducing the effects of BPD symptoms considerably.

Bipolar Disorder is highly uncontrollable disorder even after using the drug available in the market.

And often requires a mix of different types of medications including lithium, anticonvulsants, antidepressants, antipsychotics, and benzodiazepines.

So, people are looking for different types of medications that are a good option as an adjunct or as a replacement for the current medications options.

Medical cannabis is definitely one of the good alternatives for relieving such symptoms.

But, will or won’t it be effective in the long run is yet to be confirmed by any researcher. However, medical marijuana doctors in San Diego advocate its benefits in this condition.

In light of the COVID pandemic, we advise all our patients to see a doctor online instead of visiting the clinic. Help us flatten the curve by opting for an online 420 evaluation.